Have you ever wondered why Toyota cars are such a big hit in the Indian market, especially in regards to highway travel? What is the one feature that appeals to every Indian about this Japanese brand? Read along to understand the secret behind Toyota Innova's supremacy over other MPVs.

More space on the inside has been a successful formula for Toyota since its early days in India. The company launched the country's first MPV with Qualis in 2000. At a time when companies were looking for frugal and efficient compact cars, Toyota Kirloskar Motors changed the game by establishing MPVs as desirable alternatives to anything available at the time. Despite facing stiff competition from the Tata Safari and the Tata Sumo, the Qualis stood its ground and emerged as a favourite of everyone, especially in the commercial vehicle segment. In fact, the Qualis had gained such popularity that it topped the charts as the most stolen vehicle in the country during the 2000s.

After the end of production for Qualis in 2005, the legacy was handed over to the Toyota Innova. Since 2005, the Innova has been the flagbearer of reliability, comfort, safety and peace of mind for MPV owners. We therefore look into this product and determine 4 four aspects that make the Innova Crysta and now the Innova Hycross so special for customers in the country.

1)  Practical and spacious: The first generation of the Innova, sold in India from 2005 to 2011, was a big car. Measuring just over 4.5 metres in length, the OG Innova was a spacious MPV that could seat 7 persons at ease. But in 2016, Toyota decided to up the stakes and launched the Innova Crysta with an overall larger footprint measuring 4.7 meters in length, 1.85 meters in width and 1.8 meters in height. The larger footprint provided Toyota with enough space to accommodate all three rows with relative comfort. Toyota understands the Indian market and packs its cars with features of key importance to its customers. Features like large door pockets, deep centre storage, bottle holders even on the last row and one-touch tumble function on the second row are deeply appreciated by its customers. Compared to all the other MPVs, the Innova Crysta offers its customers the most comfortable ingress and egress pathways. For 2022, the company took an even bolder step to extend to Innova Hycross’ length to 4.75 metres and wheel base to 2.85 metres to create the roomiest cabin ever. 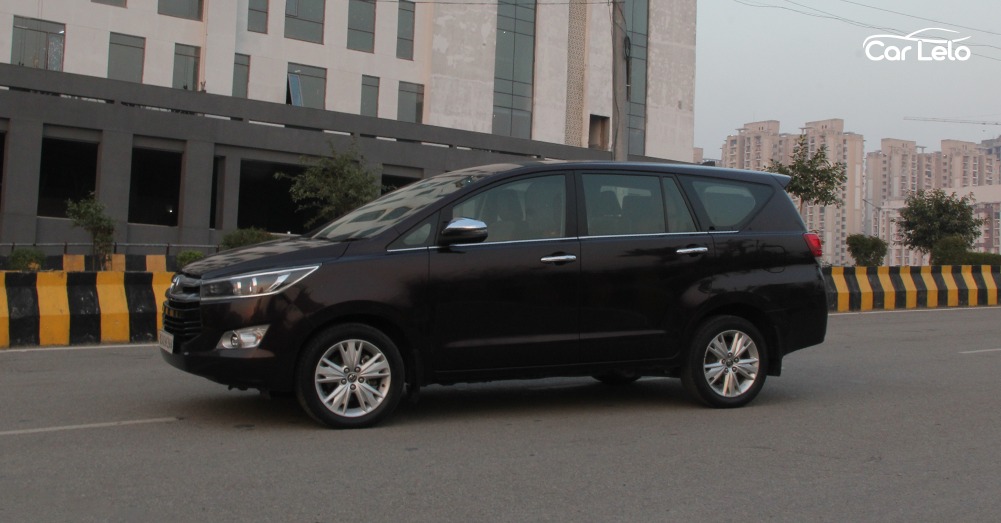 2)  Comfort and safety: Comfort has been one of the key ethos considered in the creation of the Innova. From the large seats to the dedicated AC vents, all factors within the cabin work together to provide the passengers ultimate comfort. The body-on frame chassis of the MPV, with its multi-link suspension, helps give a compliant ride absorbing the harshest bumps that the Indian roads throw at it. In addition, Toyota introduced an 8-way power adjustable driver seat with the Innova Crysta to help drivers achieve the most comfortable seating position. Features like ambient lighting and a tray table for second-row passengers help improve the upmarket feel of the MPV. With the launch of the Innova Hycross all these were taken up a notch. The new model offers electric Ottoman seats for the middle row, a large panoramic sunroof and ventilated front seats among others making it the most feature rich MPV on sale in the country. 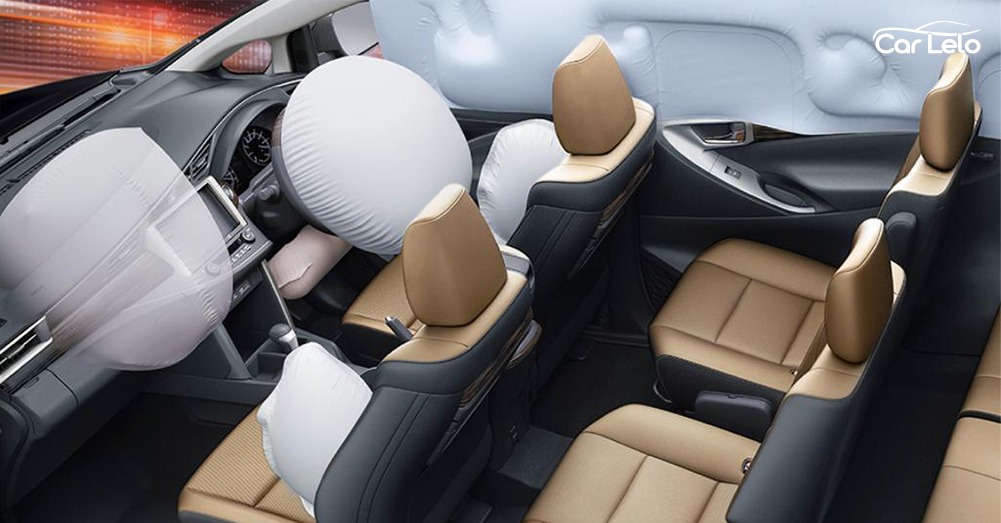 In terms of safety, Toyota has always built its vehicles like tanks. Since the start, Toyota has included 3-point seat belts for all users inside the cabin. The brand was also among the first companies to include a seatbelt warning for the driver and front co-passenger with the OG Innova. Plus, it also features the full suite of safety equipment that includes 7 SRS airbags, ABS with EBD and brake assist, reverse camera, front and rear parking sensors among others. Recently the manufacturer has also started offering a retro fitted 360-degree camera on the Innova to bring it up to pace for the year 2022. 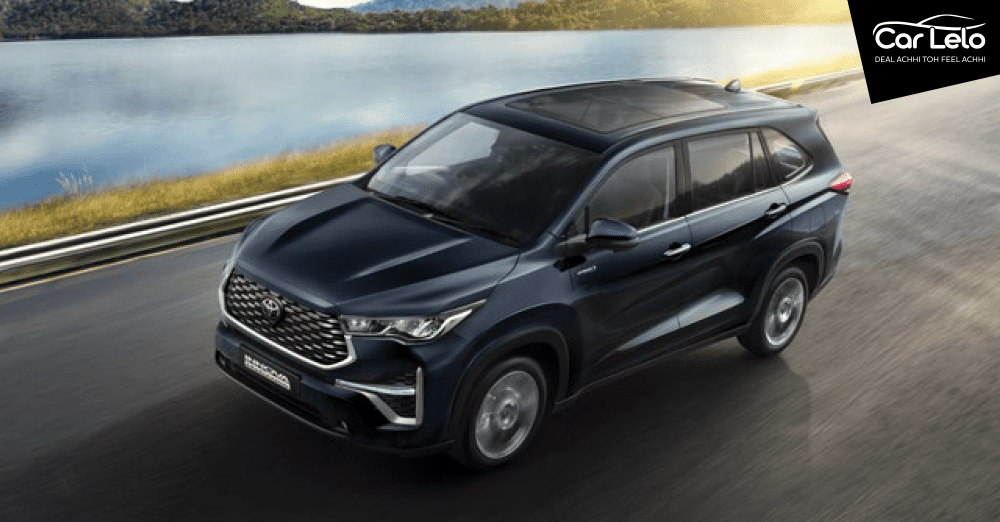 The 2022 Toyota Innova Hycross also becomes the first MPV in India and the first Toyota in the country to receive the full ADAS suite of Toyota Safety Sense 3.0. This technology provides the car with radar guided cruise control, auto high beam assist, lean departure waring among others. The new added features along with the rock-solid build makes the Innova Hycross the most reliable and safe car on sale currently. 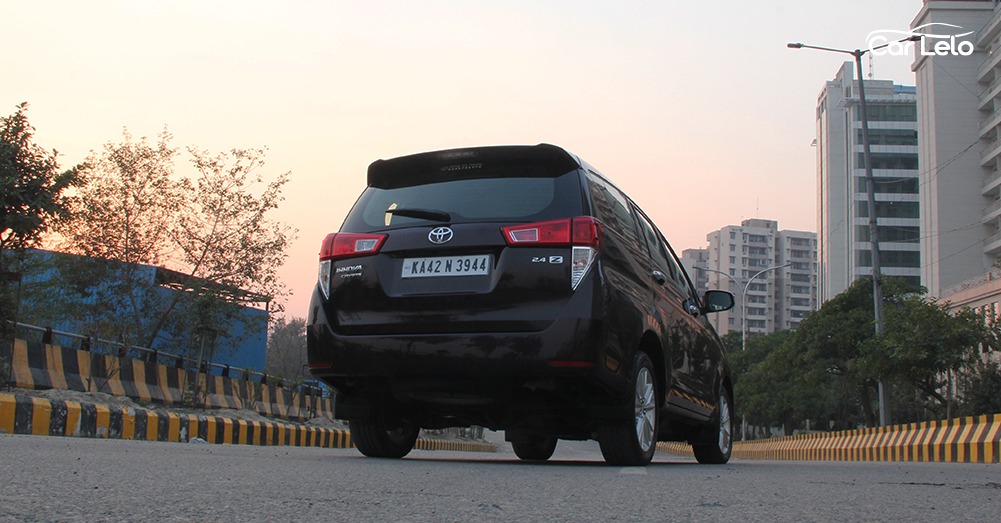 3)  Powerful Performance: Despite weighing over 1.8 tons, the Innova Crysta offers strong performance through its 2.7-litre petrol and 2.4-litre diesel engines. It is only second to the more expensive KIA Carnival in peak power output. The mighty MPV offers 166 bhp/245 Nm of torque in the petrol guise and 150 bhp/343 Nm of torque in the diesel model. This power, along with the chassis and the suspension setup, provides occupants the most pleasant ride, even on the worst roads. This ability of the vehicle to soak in bad roads and provide at most comfort on the inside makes it the first choice for many as a mile-munching machine. Currently, the Innova Crysta is the only mainstream rear-wheel drive MPV on sale in India. The RWD setup, along with a tight 5.3-metre turning radius, helps in the large MPV's easy manoeuvrability given India’s congested roads. 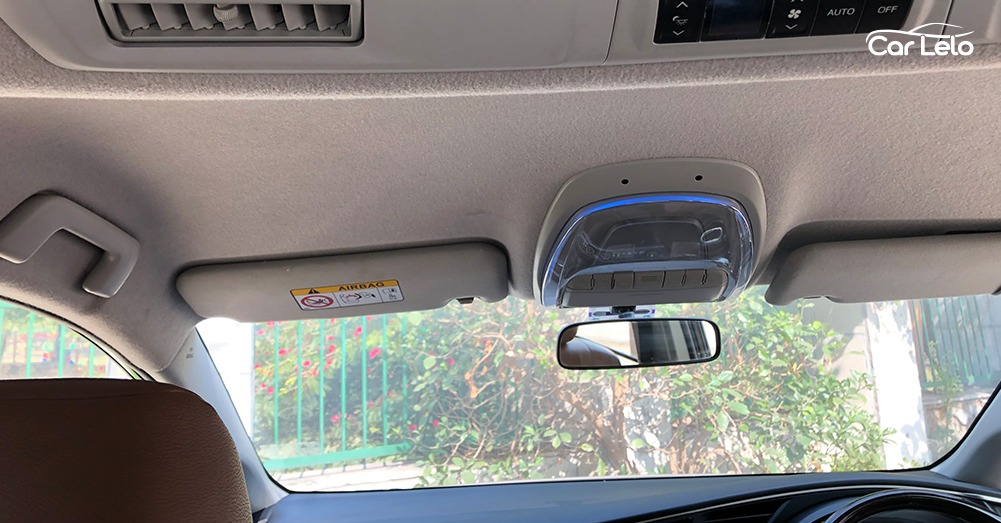 Changing gears for a sustainable and greener future, the company has adopted its new 5th generation TNGA 2.0-litre hybrid engine. This unit is rated for a total power output of around 190 bhp while returning a claimed fuel efficiency of 21.1 kmpl.

4)  Reliable and Low Service Cost: Another name for Toyota is reliability. Like most Japanese manufacturers, Toyota Kirloskar Motors offers clutter-free cars that run forever and ever. In addition, the automaker provides 3 years/ 1,00,000 kms warranty as standard with all Innova Crysta's to offer additional peace of mind. The MPV also has a longer 15,000 kms/1-year maintenance interval and costs less than Rs 8,000. Over five years, the Crysta requires around Rs 25,000 in maintenance and spare parts, putting it right up there with the cheapest cars to maintain in India. 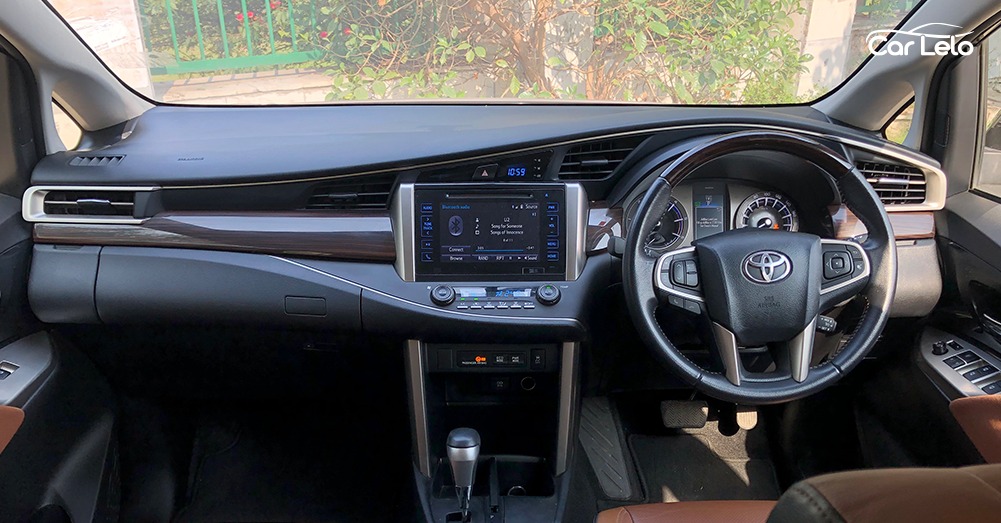 So, this combination of plush interiors, a comfortable ride and powerful performance, in addition to the peace of mind, clutter-free maintenance experience, makes Toyota Innova Crysta the perfect choice for anyone looking to spend most of their time inside the car's cabin. 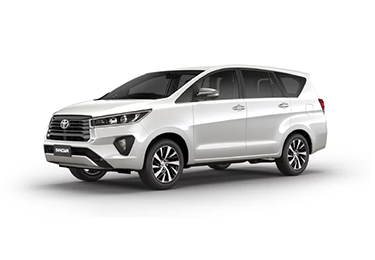