Renault India has launched the updated Kiger in India at a new starting price of Rs 5.84 lakh (ex-showroom).

Renault India has brought its Kiger SUV up to speed for 2022 with minor cosmetic and convenient feature updates both for the exterior and the interior. The New 2022 Renault Kiger range now starts at Rs 5.84 lakh and goes all the way up to Rs 10.28 lakh (ex-showroom). Here is everything new with the Kiger MY22. 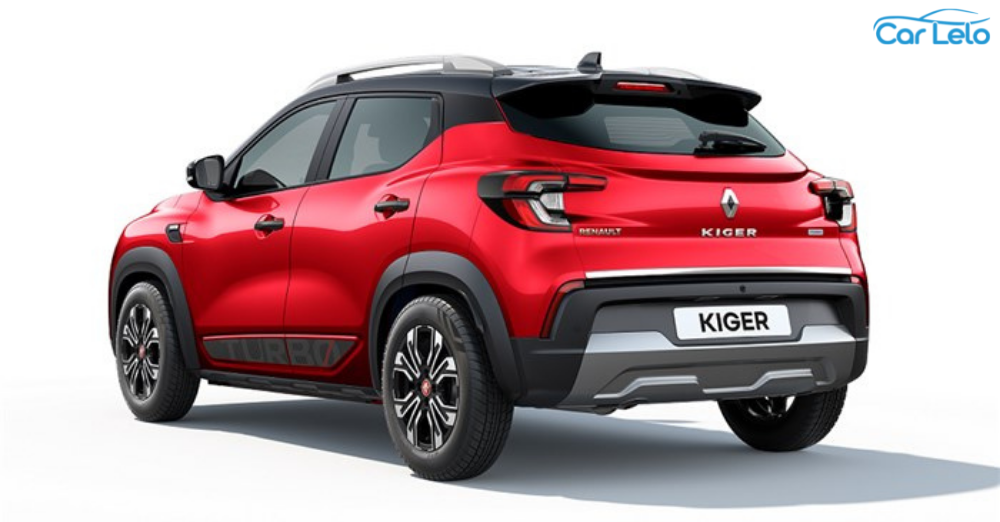 While the styling has remained constant compared to the previous iteration, the SUV receives cosmetic additions like a new front skid plate and tailgate chrome. It also gets a new Metal Mustard with Mystery Black Roof dual-tone colour option and a new TURBO decal over the door cladding to enhance the sporty quotient.

On the inside, the Kiger MY22 receives a new faded red accent on the dashboard, along with the contrast red stitching for the new quilted pattern seats adds to the sporty appearance of the SUV. The SUV also features a new red centre cap for the 16-inch alloy wheel.

Making the SUV relevant for 2022, Renault is offering features like cruise control and wireless charging that were missing in the previous iteration as standard fitment on select variants. Until now, the wireless charger was available as an optional extra while the cruise control was absent from the car. In contrast, the Nissan Magnite has been offering these features as standard on the top-of-the-line XV Premium variant since launch.

The Kiger SUV has been a successful product for the company. It is offered with a 1.0-litre NA petrol engine paired with a manual or EASY-R automatic transmissions and a 1.0-litre TURBO petrol mill with manual or XTRONIC-CVT gearboxes. The SUV has received a 4-Star Safety Rating in GNCAP crash test and rivals the likes of Tata Nexon, Maruti Vitara Brezza, Kia Sonet and other prominent sub-4-meter SUVs in its segment.